Revised January 2000
Produced by the Washington Department of Fish and Wildlife, Angler Education Program. For more information or additional copies of this publication, please contact one of the following department offices: 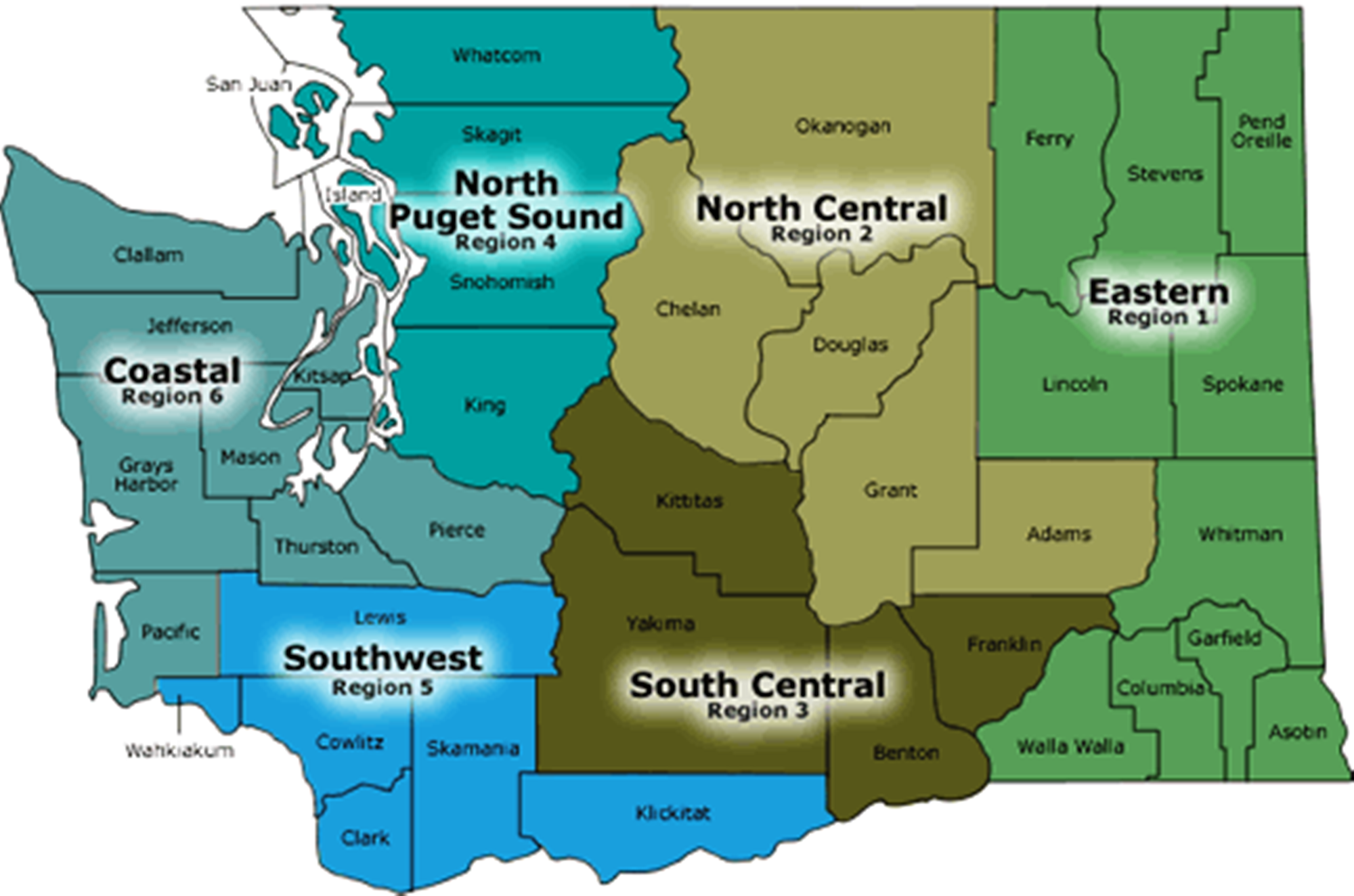 The 1993 classification of several new game fish species in Washington opened the door to new state record categories and opportunities. The six species listed here are described in this pamphlet to help anglers determine whether they may have a potential state record. Remember though, when you apply for a state record, a WDFW fisheries biologist must still verify the species and sign your application form.

Suckers are members of the Catostomidae family of fishes. Washington’s four species all have an elongated, roundish, "torpedo-shaped" body with a sub-terminal or ventral (on the bottom side) mouth. Mouth characteristics, mainly the amount of cleft (split) in the lower lip and arrangement of papillae (small nipple-like projections) on the upper lip, are the easiest way to distinguish between the four species. Coloration is often too variable to rely on. Location of capture can be helpful information. Fin ray and scale counts provide useful and reliable information, but are provided here only as a reference for biologists.

In Washington this species occurs in the Columbia River drainage, and is more common east of the Cascades. Maximum size for 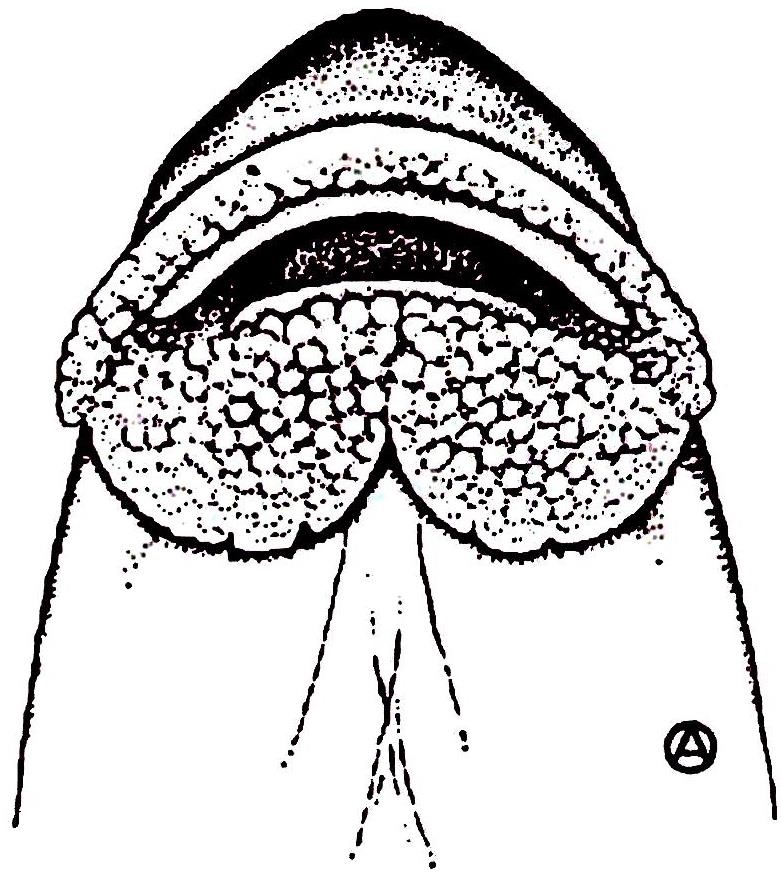 adults is generally 12-14 inches, with occasional specimens to 17 inches reported. The back and top of the Bridgelip’s head are dark-brown to olive; the upper sides often somewhat mottled and paler brown; the lower sides, head below the eye, and belly are white to pale-yellow . Breeding males (in spring) develop a prominent orange stripe on the sides.

This common sucker is found throughout Washington. Maximum size is about 18 inches, with occasional individuals to 24 inches. As its name implies, the scales are larger than on any other 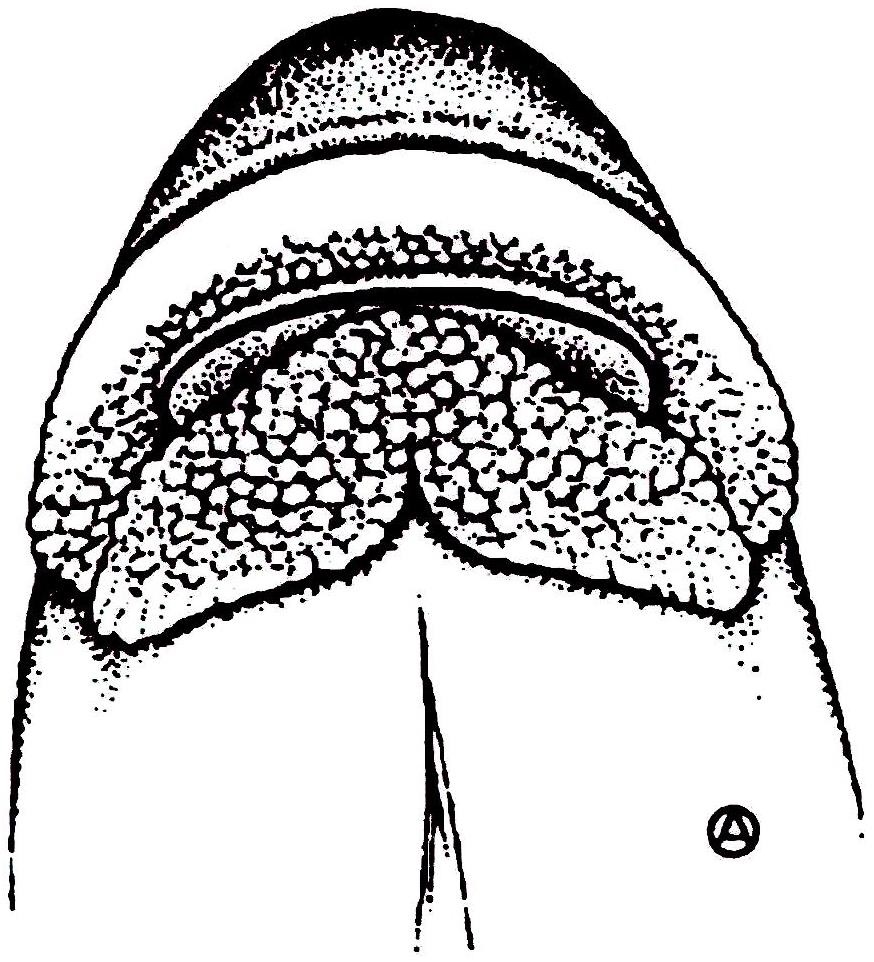 Washington sucker species. Adults are dark and noticeably countershaded (dark above, lighter below, which provides a camouflaging effect). The back, upper sides to just below the lateral line, and head to just below the eye are bluegray to olive; the lower sides, lower part of the head, and belly are cream to white. A dark lateral band, below the lateral line, extends from the snout to the base of the tail. Countershading and the dark lateral band are more pronounced on breeding males (in spring).

Although found most commonly in the Columbia River drainage, this sucker has a widespread distribution. Size range is about the same as for the Largescale Sucker; up to 17 or 18 inches, with occasional larger individuals. Adults are generally dark, with very noticeable countershading. The back, upper sides, and head below the eyes are dark olive with brassy reflections, or gray to almost black; lower sides of the head and body and the belly are cream to white. Breeding adults develop a bright red lateral stripe, more pronounced in males. Males in breeding dress may also have well-developed tubercles (small rounded lumps or wartlike growths) on the head and anal and tail fins.

This small sucker enjoys a fairly wide distribution, is more common in the upper Columbia River drainage than elsewhere in Washington. 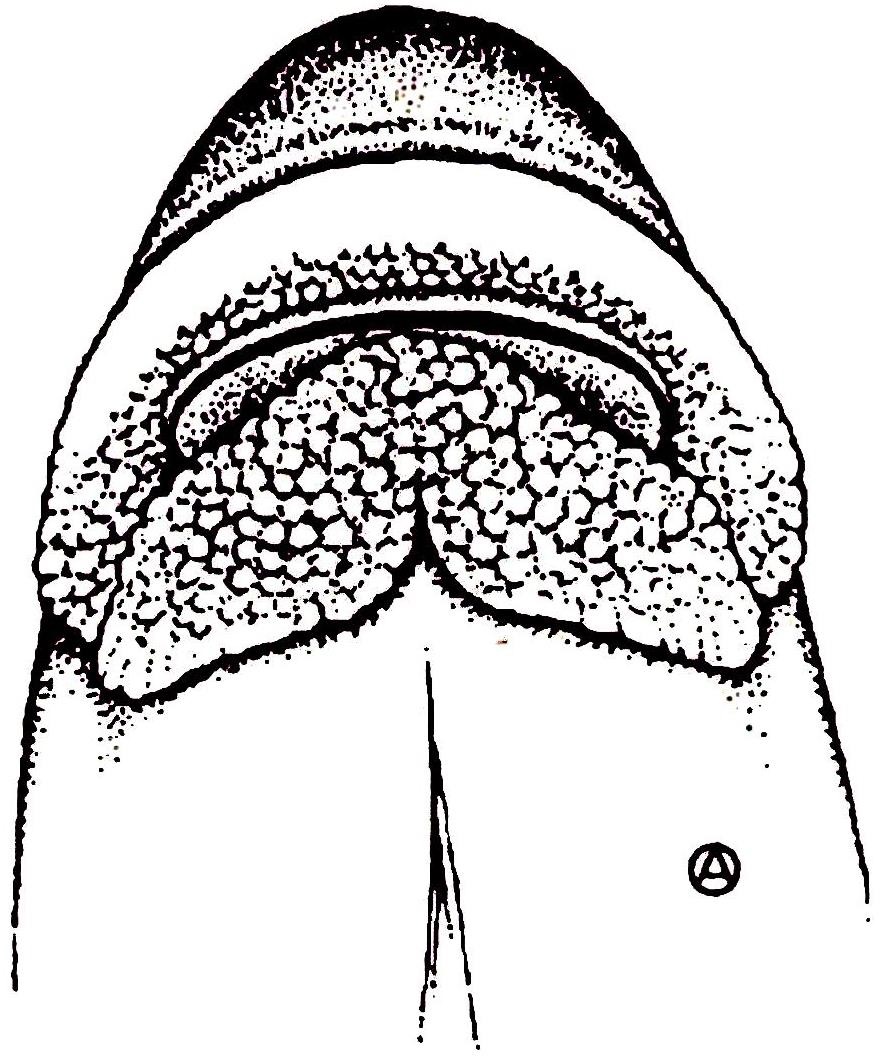 It prefers clear, cold mountain streams with sandy or gravelly bottoms. Maximum length is usually about eight inches. The back, head above the eyes, and sides to the lateral line are green, gray or brown, speckled with black, the lateral line not prominent. Lower surfaces of the head and body are pale yellow to white, with a dark green to black lateral band or dorsal blotches. As with other species, breeding individuals are more prominently colored, with an orange to deep red stripe on the side and darker fin rays.

Minnows are members of the Cyprinidae family, which includes carp, chubs, dace; and shiners. Cyprinids comprise the largest family of fishes in the world, with approximately 275 genera and 1,600 species worldwide. Although the cyprinids are wel1-represented in Washington, only the Northern Pikeminnow and Peamouth are classified as game fish. Common Carp are classified as "food" fish, and Grass Carp are protected.

Northern Pikeminnows and Peamouth have long, slender bodies with a single dorsal fin, deeply-forked tail, and somewhat similar mouth characteristics and body shape. Their geographic ranges overlap considerably, and they are even known to hybridize (crossbreed). Color is usually a reliable way to tell them apart, along with mouth characteristics and dorsal fin ray counts.

Northern Pikeminnows are well distributed in Washington, being found in the Columbia River system, plus coastal and Puget Sound drainages. They are opportunistic feeders, but larger fish are highly piscivorous (eat other fish). Adult Northern Pikeminnows are considered serious predators of juvenile salmonids, especially in the Columbia River, and programs there are designed to control their numbers.

The Northern Pikeminnow’s mouth is terminal (at the end of the head) and large, extending back past the front edge of the eye. All fins are clear (no spots or coloration). Body coloration is usually dark green or greenish-brown above, lighter and often silvery on the sides, with a whitish belly. Spawning fish, especially males, take on a yellowish or yellow-orange color. Males also develop tubercles on the head, back and some fins during spawning. Rays: 9-10 in the dorsal fin.

This minnow is found in much the same waters as the Northern Pikeminnow, plus some marine or brackish environments. Peamouth are largely insectivorous, consuming a wide variety of aquatic and terrestrial insects and their larvae. They also feed on planktonic crustaceans, molluscs and occasionally small fish.

The mouth is slightly overhung by the snout (sub-terminal), and stops well short of the front edge of the eye (compare to the larger mouth in Northern Pikeminnows), with a small barbel at each corner. The color is generally silvery with a dark back and two distinct lateral bands. Areas of red or reddish-pink sometimes extend from around the mouth, along the cheek and opercle to the pectoral fin, and along the sides. Spawning fish of both sexes are highly-colored, with red lower lips and the lateral red stripes well developed; spawning males with a green back, females with a brownish back. Rays: always 8 in the dorsal fin.

What Is A Northern Pikeminnow?

How To Tell A Northern Pikeminnow From A Peamouth